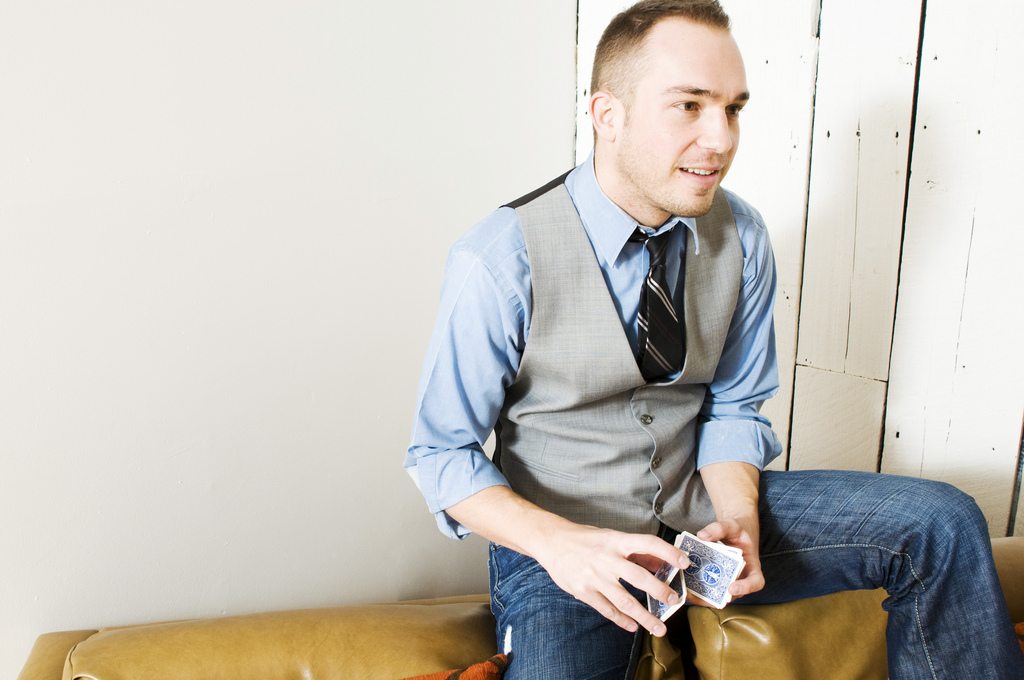 Michael Kent, College Magician, has been performing a comedy magic show on America’s college campuses for more than a decade. Since that time, he’s become one of the top Comedy Magicians available for Campus Activities and has been referred to by Campus Activities Magazine as “one of the most respected and in-demand performers in the campus market.”

In 2014, he was awarded the rare honor of being named both “Entertainer of the Year” by Campus Activities Magazine and “Magician of the Year” by The Association for the Promotion of Campus Activities. In the last 13 years, he’s now performed in more than 500 colleges and universities in over 200 cities and has traveled to more than a dozen countries performing for American Armed Forces.

What has been the biggest change in Student Activities/Campus Activities in the last 13 years?

I’d say the biggest change has been the accessibility of entertainment. College students have had more access to more entertainment than anyone else in history. This year’s Freshman Class of students (The Class of 2021) has had YouTube since they were 6 years old. That’s their entire post-toddler life. As a result, comedy has become faster. Magic has become faster. But both have become more intelligent. Stupid humor and slapstick isn’t quite as interesting as it used to be. As a college magician, I have to provide a show that is not only exciting and fast-paced, but intelligent.  Of course, these are just my opinions, but this is what I’ve found to be be true as a result of performing for thousands of college students every year.

Where is your favorite college to perform?

I’ve never been able to pinpoint a particular college that’s my favorite. I love the ones that book me every year, and there are several of those. There are student programming boards that have booked me for 13 years in a row – every year since I started! I really love working with student groups who enjoy their work. When they’re excited about my show, I’m excited about my show.

Is it difficult performing for drunk college students all the time?

This is a very common misconception about being a college magician. It is a VERY rare occasion that I perform for any college students that are or have been drinking. Usually, the “student activities” budget exists to offer students an alternative to the drinking culture that has sometimes become synonymous with the idea of college life. Most of my shows happen in campus buildings – whether they be in a theatre or a student center ballroom. Often, I’m hired as “Little Siblings Weekend Entertainment” or as a magician for family weekend. The upper-classmen that are more apt to the “party life” rarely find themselves at campus-activities events. Although the culture on every college campus is different.

Are colleges too “politically correct” for comedy?

This has been a hot-button topic with comedians in the last few years. Comedy stars like Chris Rock and Jerry Seinfeld have famously complained about the over-sensitive PC Culture that is pervasive in American universities. Here’s my take on it. Are college students easily offended? No. Do they want their friends to know that they’re socially and politically conscious? Yes. And there’s where the problem lies. People are rarely offended. They just want people to know that they know a topic is sensitive and therefore show that they “know whats up” and so they’ll make noise. I think it’s a good thing that students are socially conscious. At the end of the day, maybe I have it easier. I’m a college magician. I’m not a comedian. I’m a comedy magician. So I don’t have to delve too deep into political or social issues. When someone complains about political correctness in colleges, I ask, “What is it that you want to be able to say that PC culture is keeping you from saying?” Usually it’s something pretty awful and rarely funny.

Are there any funny or unusual things that have happened to you while performing on a college campus?

Too many to list them all here! One time, when I asked for a $20 bill form the audience, a scraggly guy in a hoodie came to the stage from the back of the room, pulled out a giant wad of bills, flipped out a $100, handed it to me and kept walking, leaving out the door behind me. I have no explanation for this.

I once cut my thumb pretty badly during a show in Michigan. Somehow I got my thumb stuck in between the blades of the scissors. As I was performing a rope trick, I looked down at the rope and it was covered in blood! After the routine, I asked for a band aid and nobody believed me that I had actually cut myself. It probably took 15 minutes for them to actually believe me and bring me a bandaid. There was blood running down my hand, wrist and all over the stage.

What is the best part about being a college magician? Worst part?

All of the best parts of being a college entertainer are the same things that are the best parts of being an entertainer in general: the creative process, the ability to make people laugh and smile, seeing genuine wonder in peoples’ eyes, the amazing discoveries that happen onstage that no amount of writing can provide…the list goes on and on. The people. The people are amazing. I love seeing college students who are passionate about their field of study. I meet so many students who genuinely want to make the world a better place.

The worst part is (and always has been) the travel. College tours can be grueling. Their the second-most grueling tour schedule I’ve ever had (military tours are the first). There are many nights that I get to the hotel around midnight after the show, only to have to wake up around 3-4am in order to get back to an airport for the first flight out to the next city. Once you string 4 or 5 of those days together, it’s everything I can do to have enough energy to load in at the next show. But once the show starts, that energy is always there. It’s like magic. I just find the energy to put on an exciting show, no matter how tired I am. The other worst part is missing my family while I’m on the road.

Do you have any tips for up & coming magicians who want to perform in colleges?

You have to have a polished show. Most colleges want a 60-minute show. You’ve got to be interesting to the college students and be able to be good every time. It takes a lot of work. Most colleges that I perform in also have other magicians perform there throughout the year, so the show has to look and feel different. It has to be your own original show. If you’re performing the same stuff as everyone else the same way as everyone else, you’re not going to stand out. The other part is that you’ve got to work hard. There are no short-cuts. To be a college magician, you have to be able to operate without much sleep and be ready for the highs and lows. The job is super exciting in August and September when students are just coming back to school and crowds are huge. Then there are October shows when crowds are smaller and students are just ready for the semester to be over. You have to be able to manage yourself and not let crowd size or the lack of glamour (doing shows in a cafeteria at noon are not glamorous) affect you. But those students who show up at noon in a cafeteria – or the ones who show up at 8pm in a community college theatre- they enjoy the show just as much as a 1200-person crowd in a large auditorium. The best advice I have for young magicians is perform for as many people as you can as often as you can. Get in front of people and keep learning from the magicians who have come before you.

Michael’s current tour takes him to more than 30 cities throughout the country. To see if he is coming to a city near you, visit https://michaelkentlive.com/tour