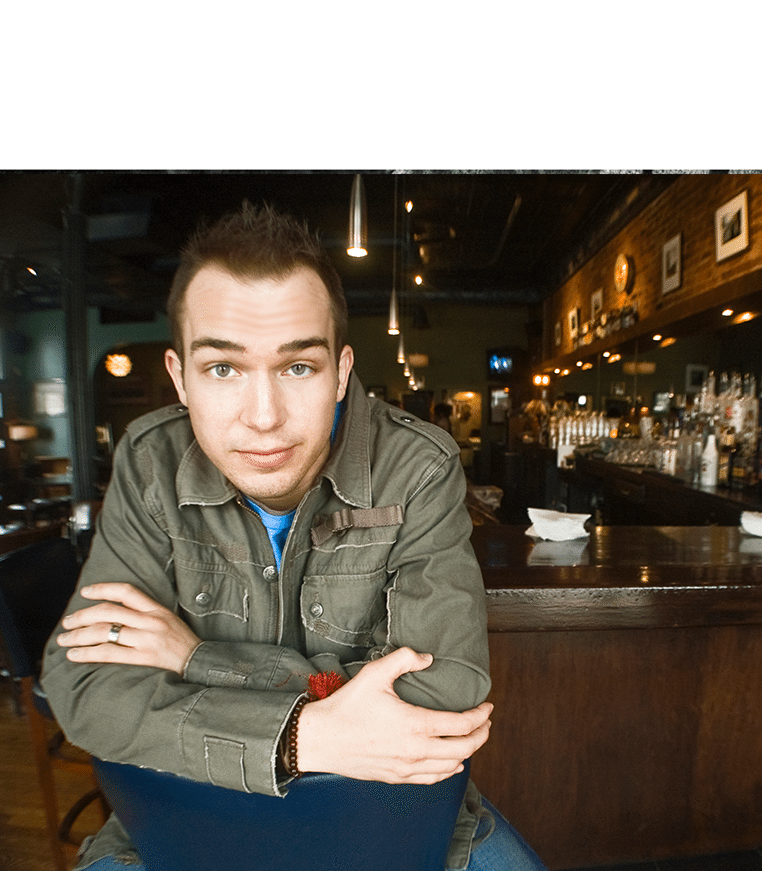 THE INTERNET
SAYS IT'S
TRUE

Michael’s show has been acclaimed by America’s top universities as everything from “Wildly Original,” to “Clever, Sarcastic and Absolute Fun!” From revealing stories about being a magician to interactive routines with audience members onstage, the fun doesn’t stop in this 60-minute diversion from the typical “magic show.”

“…one of the largest crowds we have ever had for an event! Everybody loved it and was talking about it for weeks!!!!”
– Kentucky Wesleyan College

• TONS of Audience Participation! The audience members become the stars of this show – both onstage AND from their seats!

• A combination of ever-evolving new routines and old favorites like the “Chicken Trick” – an often-requested and never-forgotten bit of comedy involving a deck of cards, a rubber chicken, an audience member and a pair of rubber gloves.

• Michael's rendition of the "Multiplying Bottles" as seen on TV with Penn & Teller!

Learn about precautions Michael is taking during COVID-19

Michael is an expert a strolling-style close-up magic (he calls it "Social Magic"), which is PERFECT for mingling or cocktail hour. You can book Michael to stroll at your event, or as a package combining close-up magic with an after-dinner style show (which is the most common arrangement for corporate events).

"Michael was fantastic to work with and his magic was a fantastic addition to our event. Everyone enjoyed his comedy and magic along with being VERY interactive with my guests. I would definitely recommend Michael Kent!"

An Expert in Sleight of Hand...

• This is the most SOCIAL form of magic. Michael will work the room, performing multiple 5-10 minute "sets" for small groups of people.

• This is a great solution for an event where people are mingling the entire time. Or, have Michael perform strolling close-up magic during cocktail hour and then a show after dinner!

If your college or corporate morale-building events are canceled and you’re looking for online content to offer your students & attendees, Michael offers a virtual online LIVE magic show. Groups all over the country have already been taking advantage of this forward-thinking virtual magic show.

"I hosted Michael Kent for a virtual magic show for students and their families. The show was FANTASTIC! He has made a magic show meant for a stage enjoyable virtually! He even involves the audience in his tricks. I would highly recommend hiring Michael for a virtual performance!"

Magic for the Modern Age...

• This is a LIVE (not prerecorded) Virtual Experience. No camera tricks or pre-recorded segments! Michael actually interacts with people onscreen!

• Leave the technology work up to Michael! He broadcasts from his professional-quality home studio.

• If you'd like, you can have a recording of the live virtual show experience to send to people who couldn't attend!

Michael hosted a Web Series Talk-Show called "Joke/Story/Trick." What started as a short-form video series (first 15 episodes) turned into a weekly livestream talk-show every week during the height of the 2020-2021 COVID-19 Pandemic.

• Learn a magic trick each week!

• The "Wheel of Jokes" - Michael reads a random joke from an old joke book!

THE INTERNET SAYS IT'S TRUE

The Internet Says it's True is weekly podcast where Michael asks listeners to tell him something true they recently learned from the Internet and he does a DEEP dive and plays a gameshow-style quiz with a celebrity guest. Recently listed on NPR's "New and Noteworthy Podcasts" list and winner of a 2021 dotComm Award! The podcast is part of the WCBE Podcast Experience and is available on all major podcast platforms.

Listen to The Internet Says it's True!

Listen every week for free!

• Listen on your favorite podcast app!

• Every Monday morning, a listener suggests a new topic

“The crowd participation couldn’t have been better. It’s always fun to see an artist make fun of his own genre. His ‘psychic’ abilities were hilarious!”

“Michael Kent is a master at getting laughs. His smartass personality gives his magic an edge that keeps fans engaged, impressed and energized.”

“One of the most respected and in-demand performers in the campus market. ”

“The best we’ve ever had. I’m proud that you’re from Columbus.”

“I saw Michael in South Korea, and it was definitely an awesome show. The story about he and his dad still brings a tear (and a laugh) to my eyes.”

“Kent is brilliant and brutally funny.”

Fill out the form below for the latest tour dates and news!
Please enter your name.
Please enter a valid email address.
Subscribe!

Thanks for subscribing! Please check your email for further instructions.

Something went wrong. Please check your entries and try again.
Scroll back to top